What is the Google Chrome Ad Blocker and What Does It Mean For Your Business?

On February 15th, Google took a huge step in moving towards a world without obnoxious ads by enabling its built-in ad blocker for Chrome. We received many questions from clients about the impact of this technology around the time of its launch, and we felt like we should shed some light on the situation now that the dust has settled.

When the ad blocker was first announced, many companies assumed this was the beginning of the end for display advertising—that Google’s goal was to rid the world of all ads and that this was the first step. In reality, that couldn’t have been farther from the truth.

Google’s goal was never, and likely never will be, to block all ads. Rather, their ad blocker is designed to dissuade publishers from utilizing obnoxious ad practices by blocking ad formats that generally annoy users—especially on mobile where touch screens make it even harder to close ads out.

Google provided specific examples of the kinds of ads that would be blocked, which are shown below. It’s safe to say that we have all been annoyed by intrusive ads, whether they be the ‘auto-play video with sound’ (which can be conveniently avoided with Chrome’s new ‘Mute Site’ feature) or the ‘full-screen scroll over’ ads, and would gladly welcome this change.

Of course, the initial thought was that if Google Chrome is used to view an estimated 58% of web pages (StatCounter), the impact of its ad blocker would be massive in terms of reducing the overall viewability of ads. But in reality, initial estimates show that less than one percent of all ads were impacted as a result—and the ones that were blocked were ones that we wouldn’t want to be shown in the first place.

So when our clients ask us whether there would be any negative impact on their display efforts as a result, our response is a resounding ‘no.’ Rather, the impact is positive, as the ad blocker’s actual purpose is to block ad placements that we already try to avoid with any display efforts. Chrome’s ad blocker eliminates any association with poor experiences that may have slipped through the cracks, and would encourage publishers to fix or eliminate formats that didn’t meet the ad blocker’s standards.

What’s Next for Ad Blockers and Display Advertising?

Now that this step has been taken by the biggest powerhouse on the internet, what does it mean for the rest of display advertising and for ad blocking as a whole? At present, the general consensus is that about 25% of US internet users employ ad blockers, with the total ads blocked being closer to 12% (eMarketer). However, 77% of ad block users are willing to view some ad formats. So even people that block ads don’t hate ALL ads—just the obnoxious and irrelevant ones.

What this truly means is that people are receptive to ads, if they are less generic and more personalized to our needs and interests. Of course, a balance must be struck between being relevant and being obtrusive—without taking personalization to the extreme. But ultimately if ads show us things we care about, we’ll be receptive to them.

For businesses, this means presenting industry-specific ads that appeal to the use cases of target customers. It means creating regional ads that use local language and have imagery that reflects that environment. And it means presenting offerings that their customers would legitimately purchase, instead of blasting the same ads to everyone that a company ‘thinks’ is in their target market.

At BusinessOnline, we applaud Google’s effort to rid the world of these annoying ads and push providers to create better experiences on the web. In turn, we as an agency continue to evolve in our ability to reach unique audiences with display ads, whether through hyper-focused ABM Campaigns or personalization of content based on prospects’ roles and responsibilities. Relevance and personalization will continue to be essential in advertising to break through the noise, and the hope is that the progression of technology will allow us to continue to do this better.

A Human Perspective on Google's May 2020 Core Update

Bringing Advertising into a Mobile First World with Expanded Ads 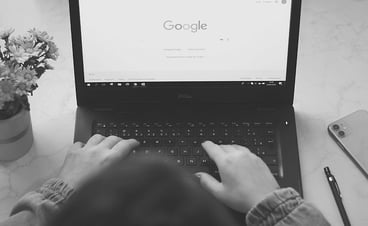